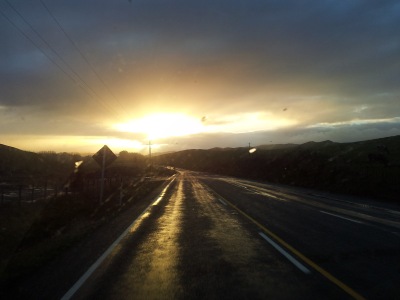 Yesterday I had to go to Taupo Race Track to tune a mate’s car. Tuning involves me sitting in the passenger seat in a race suit and helmet, with a laptop in my lap trying to tune while he drives around the circuit. Oh, and did I mention others are racing around at the same time too?
It actually went very well, I worked out why his engine blew up (negative 15 degrees ignition split @ 20psi will do that) and we got some km’s on his new engine before oil leaks put an end to our day. We didn’t pinpoint the leak but it had saturated his gearbox scatter blanket anyway, so fire safety sensibility dictated we stop.

Club-K that ran the day for their club members kindly allowed us to bring a car to run, and SWMBO raced around in that while I was tuning. It was a good opportunity as she had never been on the circuit, having only competed in local Street Sprints and Hillclimbs. 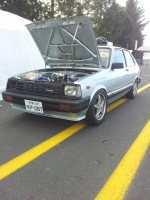 Had an awesome time, one of the most well organised and relaxed groups of people I’ve seen.
Cheers http://www.club-k.co.nz